February 06, 2019
There are moments where little cultural references put into focus for me the fact that we Gen Xers are indeed a bridge back to Boomers and the Silent Generation and bits of pop culture that predate even us. I often notice this when I see or hear something I immediately process and take for granted, but then have to explain to my five year old daughter.

Today's moment was while the kids were watching the very of-the-moment Disney film, Moana. In the musical number, Shiny, the giant crab Tamatoa (voiFlight of the Concords fame) sings a lyric:
ced by Jermaine Clement of

"What a terrible performance, get the hook!"

Of course, in the context of the movie, "the hook" has some double meaning, referring to the demigod Maui's magical hook. But it hit me that my daughter would not have the slightest clue what "getting the hook" in the true performance context means.

And really, is there any reason I should know what that means either? This is an old, old reference. "The hook" goes back to old vaudeville show days where a big long hook would be used to pull of a performance who was dying on stage. Presumably to prevent his or her being pelted by rotten tomatoes and moldy fruit from an angry crowd.

Of course, this long predates any of us in Generation X, too. I imagine the last true usage of the vaudeville hook took place before FDR was president. But we Xers were, however, raised by Boomers and Silents for whom there was at least a closer historical touchpoint.

For myself, I probably was inherently aware of the concept of the vaudeville hook from seeing it used as a gag in old cartoons and movies from my parents' era. Maybe some members of my kids' or of the Millennial generation have seen the same movies and cartoons, but I wonder how many little things like this are lost beyond X? I guess we are the keepers of the memory flame for the vaudeville hook. 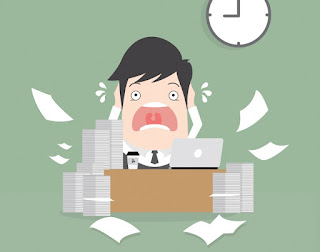 January 23, 2019
I've long been thinking about the fact that we Gen Xers are weirdly overlooked, it looks like the universe decided to reinforce that fact.

CBS now famously displayed a graphic of generations that managed to totally skip ours. Whoops! There have been tons of funny takes and responses to it.

Of course, it is funny. And of course, it does play into our reputation as the sulking grunge generation who doesn't want to be part of the in crowd anyway.

But after laughing, maybe we should take a moment to ask...hey, why NOT us? Why aren't we more up front? Why aren't people asking what Generation X thinks, feels and believes? I say it's time we make ourselves heard.

Don't get mad. Get up.
Read more